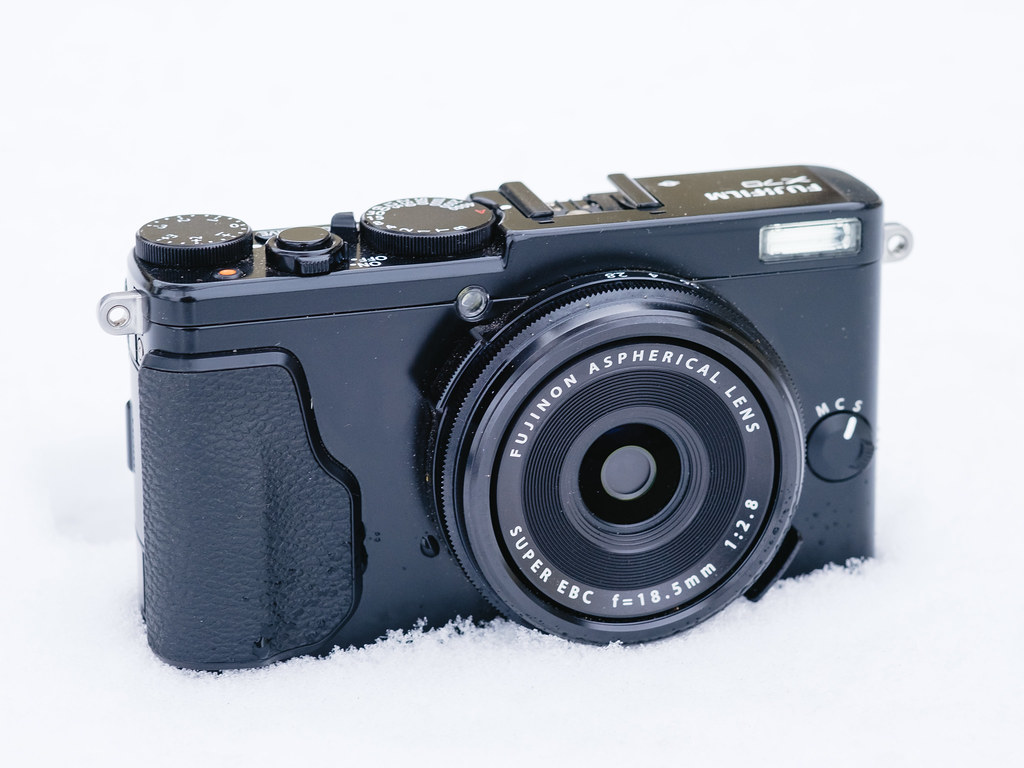 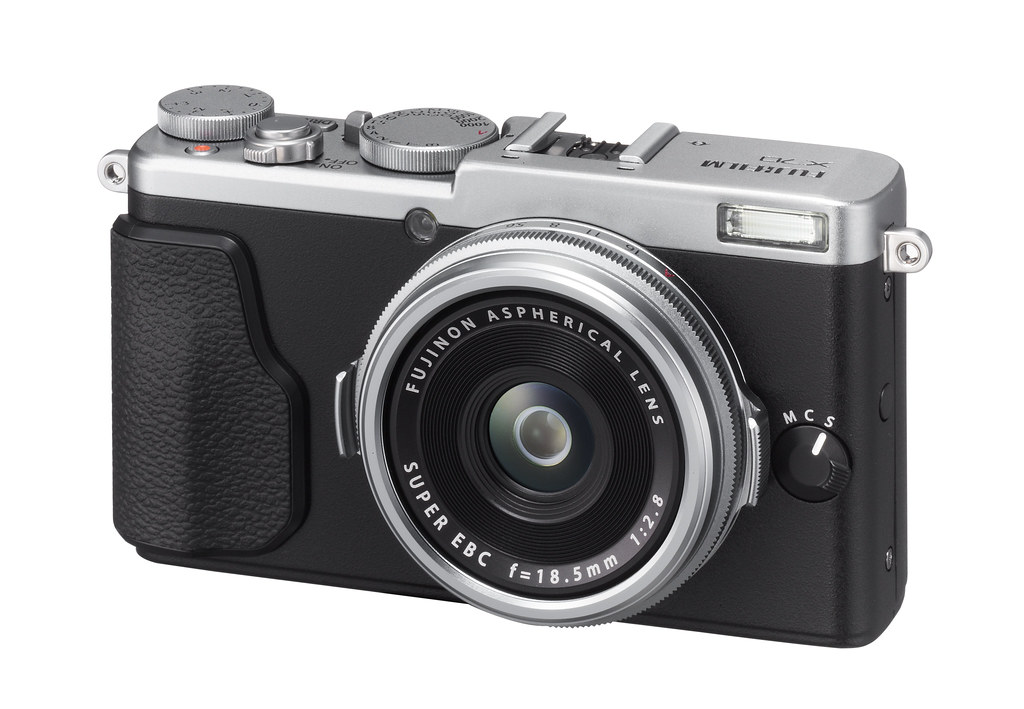 Lean and mean: despite the compact size, there are dials for everything—and an AUTO lever for less experienced users

The X70 has no electronic viewfinder (not even as an add-on option), and many traditional customers will consider this a deal breaker. There is an optional optical viewfinder, though, but don’t confuse it with the sophisticated hybrid viewfinder known from the X100 series.

Despite its compact size, dedicated dials for aperture, shutter speed, exposure compensation and manual focus define the X70 as a full-fledged member of the X family. If you know how to use an X-T10, you will feel right at home. 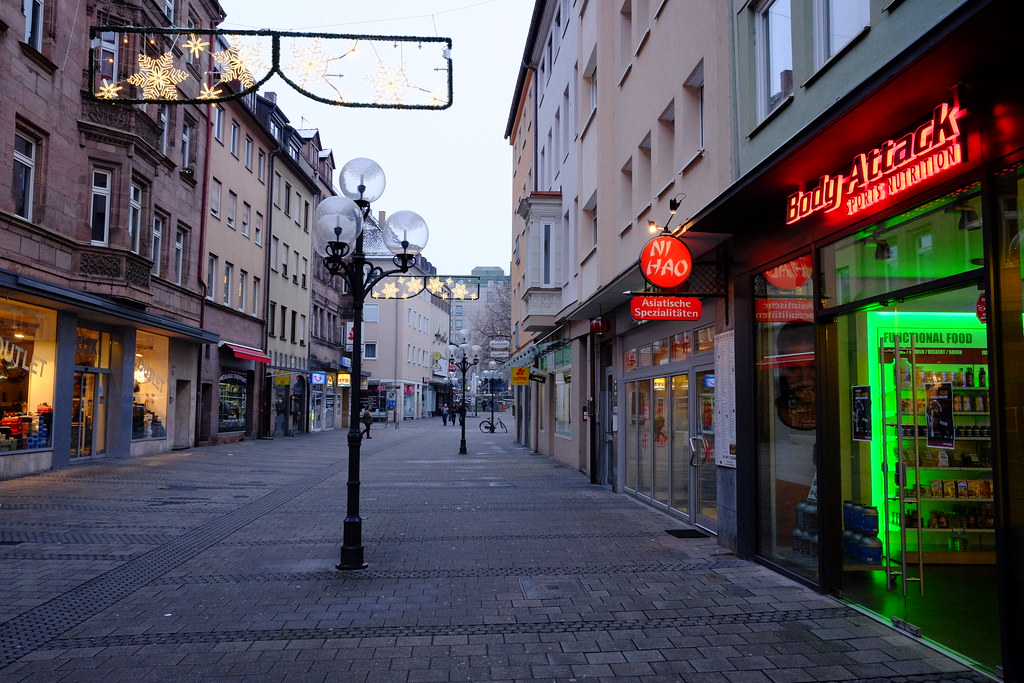 The tiltable display is touch-enabled. Just tap to immediately select one of 49 focus frames. Or tap once to focus and release the shutter at the same time. In AF-S mode, you can use the menu’s Focus/Release priority option to decide wether a quick tap will always release the shutter after focussing (Release priority) or wether you can abort the focus/release process by removing the finger from the screen while the camera is still focussing (Focus priority). This is pretty smart, as you can adjust the camera’s touch screen behavior to match your personal shooting style. 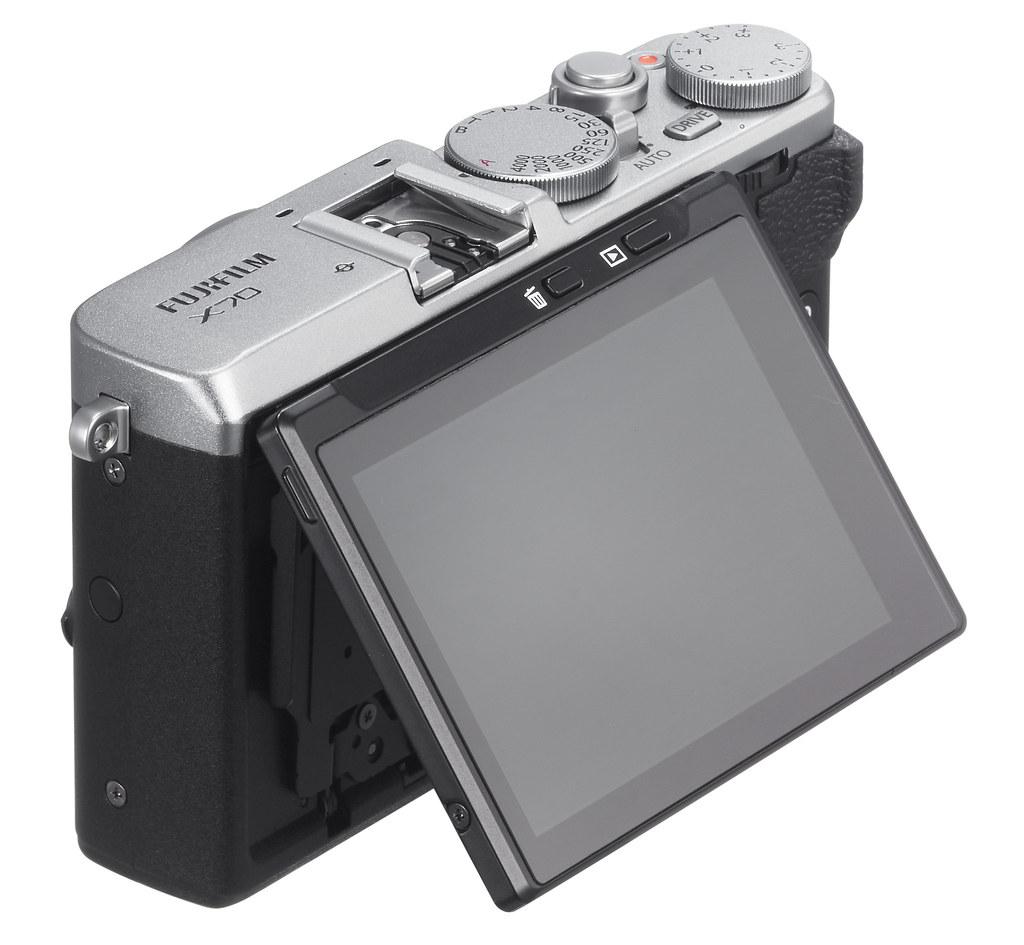 The touch display tilts upwards and downwards. Also note the tiny unmarked Fn button on the left side of the body

The display is selfie-friendly, a feature bloggers and social media aficionados will welcome. The X70 has been designed as a camera that you can carry with you all the time, just in case you’d need one. It’s like a smartphone, only with so much better image quality (the APS-C sensor can easily be used up to ISO 6400) and Fuji’s trademark retro dials that give experienced photographers full control over their shots. 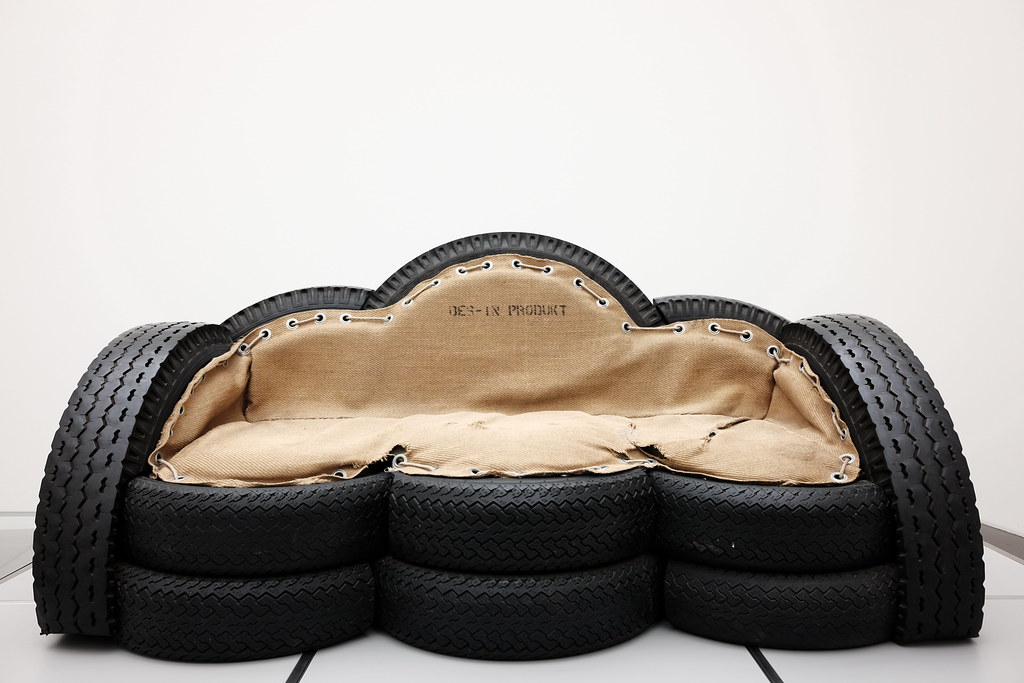 Less experienced users may like the AUTO switch that turns the X70 into a fully automatic camera with SR+ scene recognition and a choice of scene modes such as Landscape, Portrait, Party or Night Scene.

I am disappointed that the command dial is of the rocker switch kind that we already disliked in the X100 Classic. A normal rotating command dial is more convenient and faster when bold parameter changes are required. 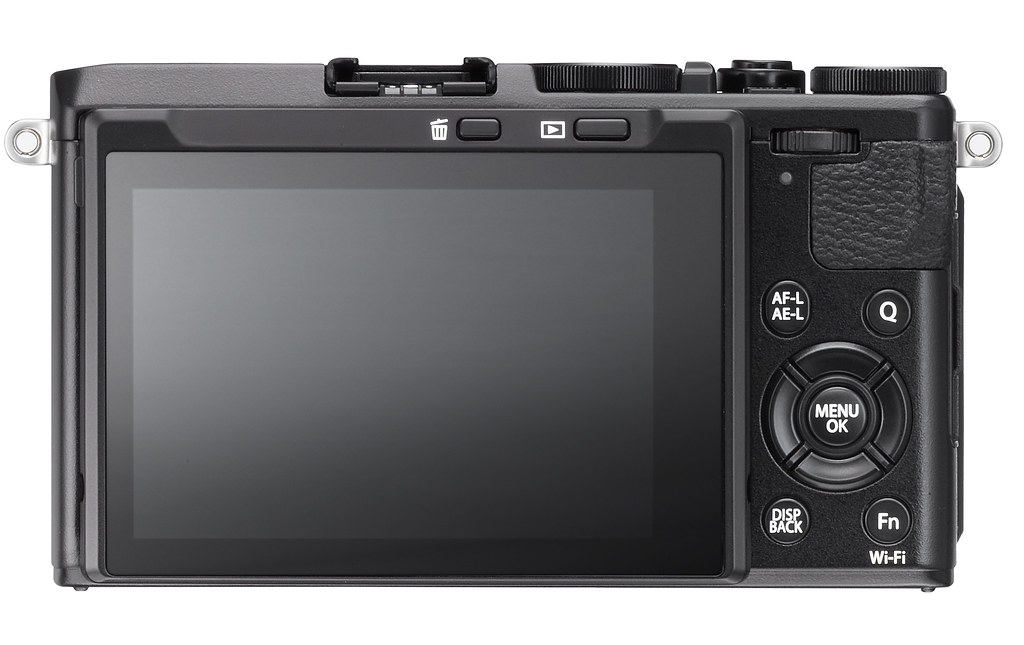 Great: a total of eight Fn buttons.
Not so great: the command dial is a rocker switch

This setback is somewhat compensated with the availability of a focus/control ring and eight Fn buttons that complement the customizable Quick menu (with another 16 shortcuts). Fuji’s engineers have finally realized that the trash button is only used in playback mode, so it is now also serving as a Fn button when in shooting mode. Strangely enough, the trash button of the new X-Pro2 has no dual use in shooting mode, leaving Fuji’s current flagship model camera with only six Fn buttons. 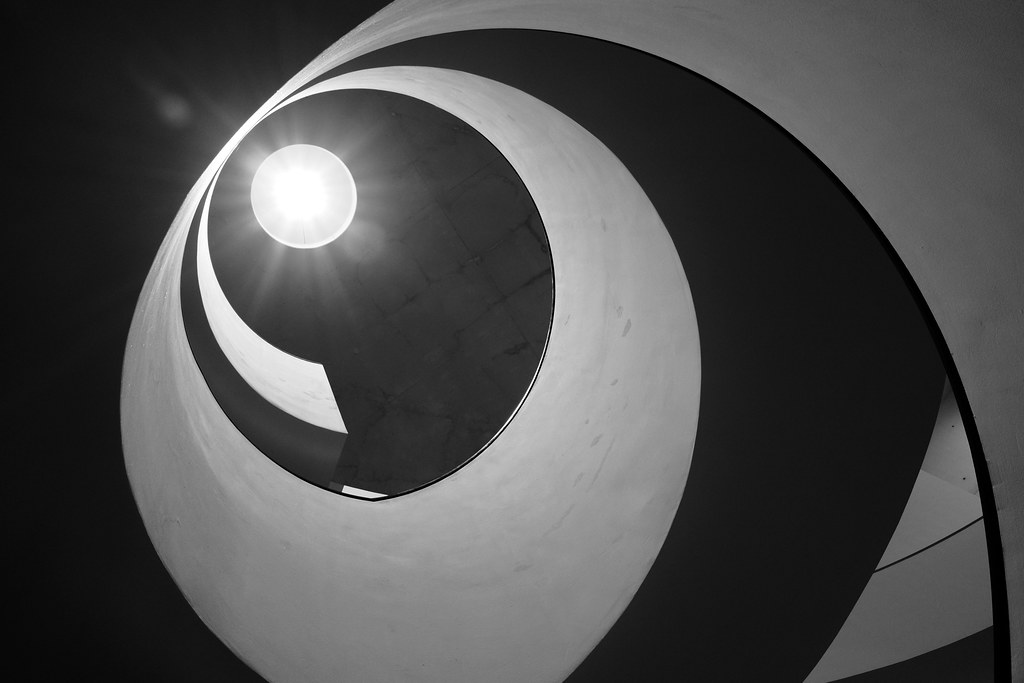 Unlike its competition (namely the Ricoh GR II), you can check and adjust your exposure settings anytime, even when the camera is switched off. Also, the lens doesn’t expand or collapse when the camera is turned on and off. This means that the camera is always ready to shoot, and you can keep it in stand-by (quick-start) mode even when it’s in your pocket.

Luckily, the X70 uses the same batteries as the X100T and X30. Batteries can be charged in-camera through USB, or externally using a separate charger.

Once again, Fujifilm didn’t compromise in the lens department. Similar to the Ricoh GR (II) and Nikon A, the built-in 18.5mmF2.8 lens offers a „full-frame“ equivalent of 28mm. The lens is really small, very sharp, fully optically corrected for distortion, and it can be used as close as 10cm away from your subject. 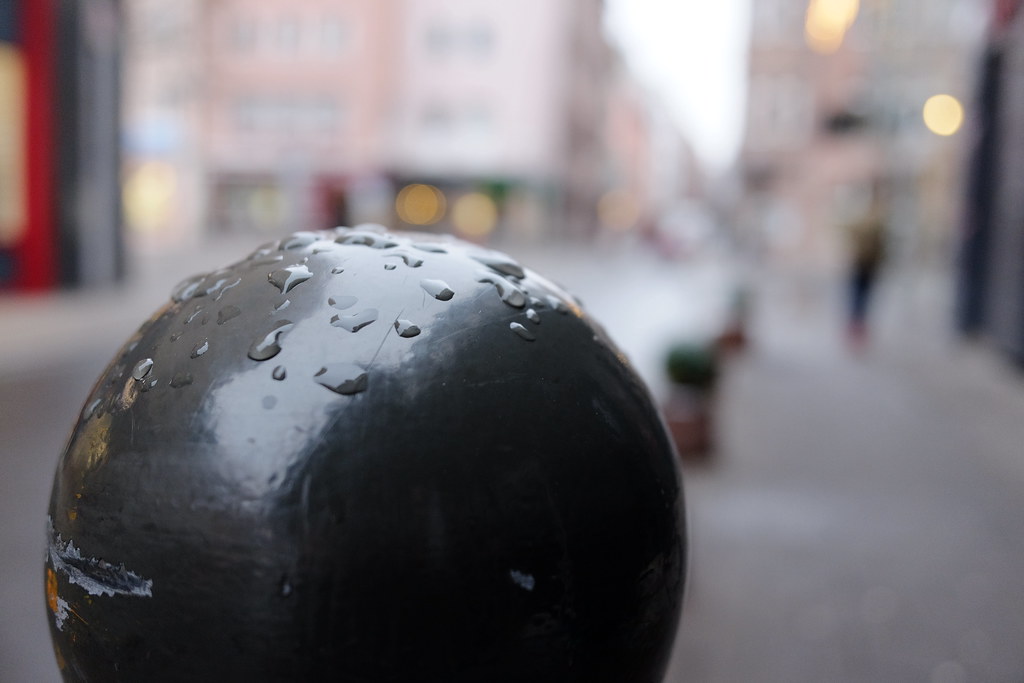 Even that close and used wide open, the lens is still perfectly sharp (unlike the X100 series), and with 9 rounded aperture blades, the bokeh features circular aperture discs. 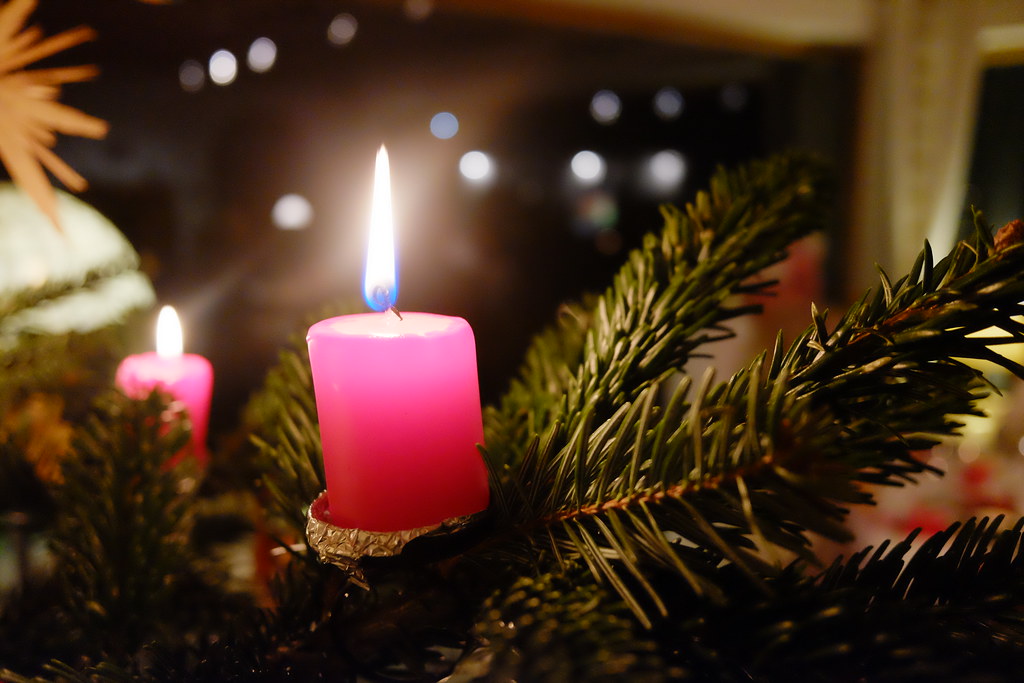 While you can buy an optional metal lens hood, the appeal of a camera like the X70 is keeping things as small and pocketable as possible. That’s why I didn’t use a hood when I tested the X70 under difficult light conditions. I’m happy to report that the lens performed better than expected. 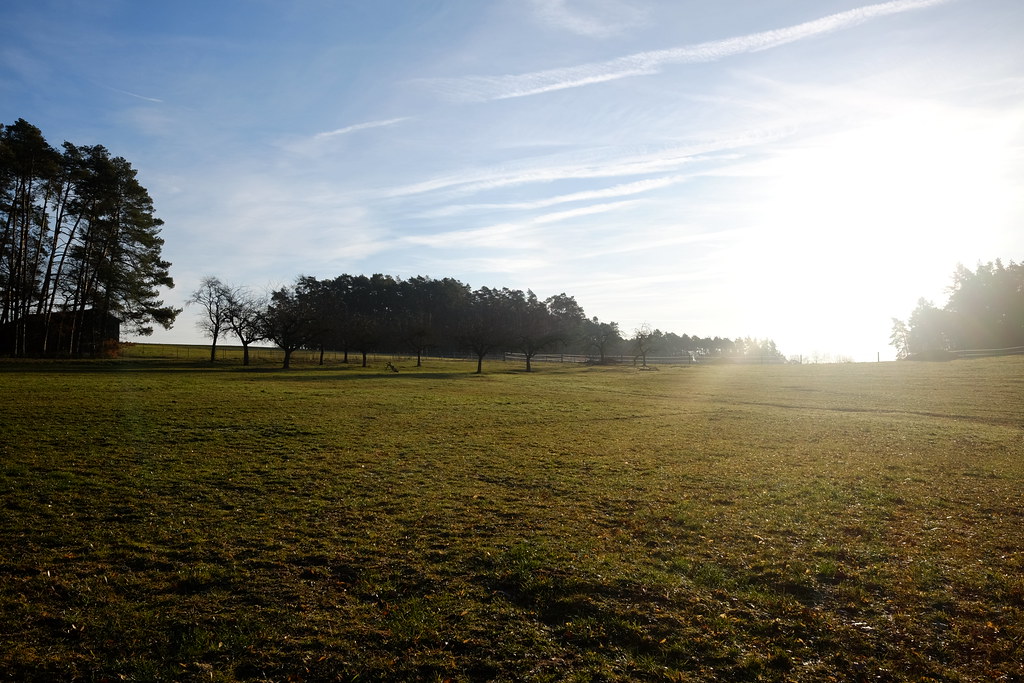 Even in situations with strong backlight, the lens keeps reflex light and loss of contrast well in check. 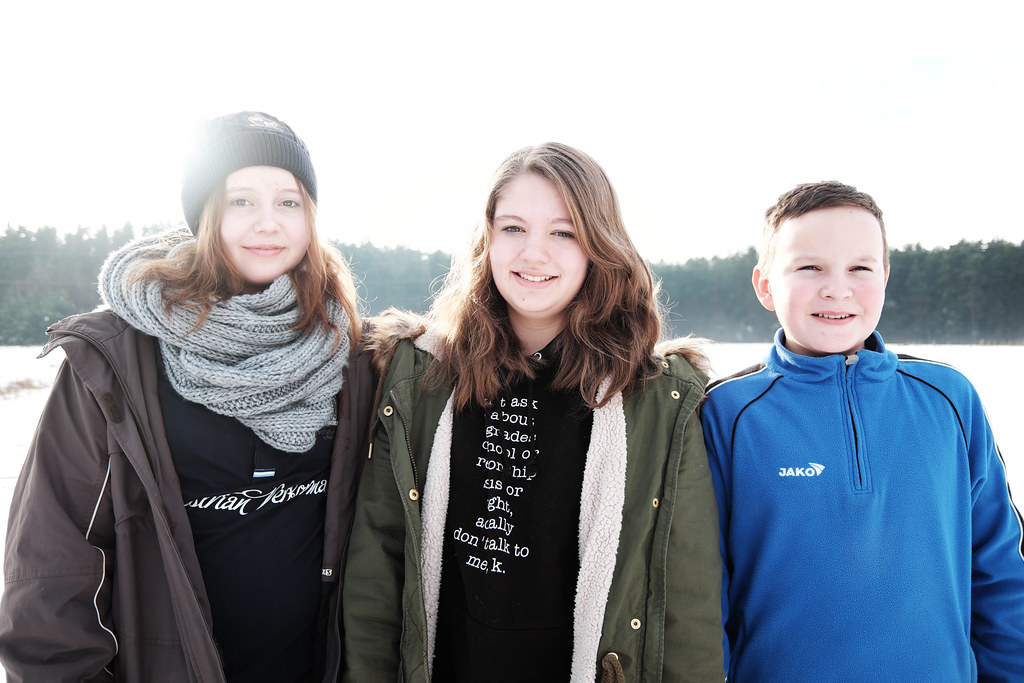 An optional 14mm wide-angle conversion lens (21mm „full-frame“ equivalent) is supposed to be available in a few months. Based on the quality of the underlying lens, I expect very good results. 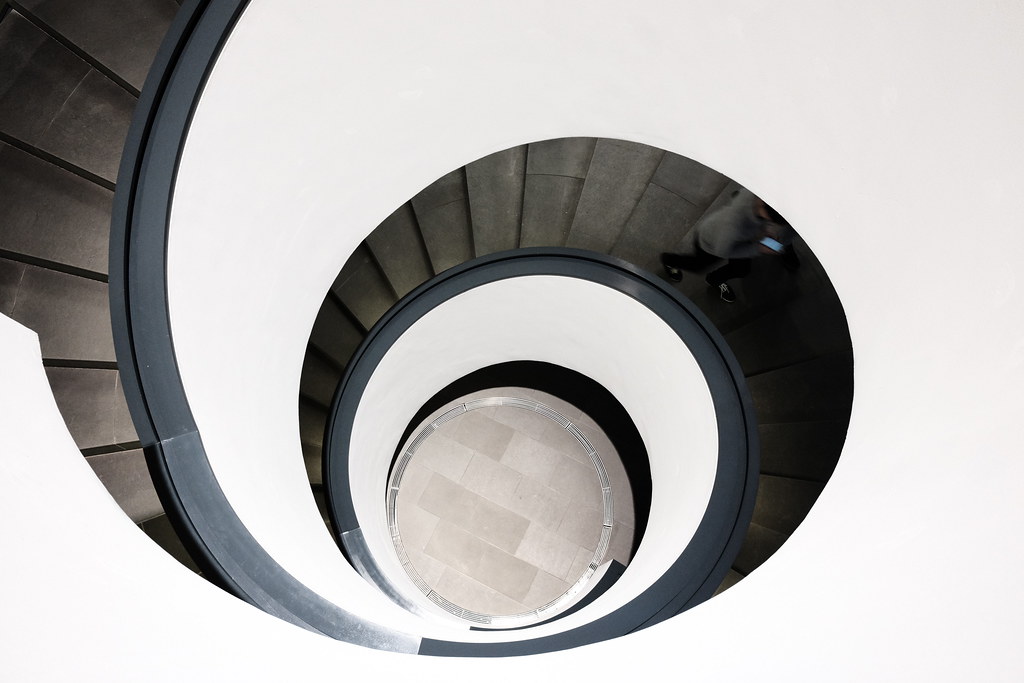 While the X70 can best be described as a pocketable X-T10 with a fixed lens, silent leaf shutter and lacking an electronic viewfinder, there’s one thing that is really new, at least for Fuji’s X-series: the touchscreen.

If you know smartphones, you also know how the touchscreen of the X70 works. It’s perfectly intuitive. Besides turning the touchscreen off, there are two basic options. Option 1: Tap on the screen to select a focus frame. Option 2: Tap on it once to select the focus frame, focus on the selected area and release the shutter as soon as the focus has been locked (all at once). You can pick one of these two options by tapping on a mode switch symbol on the screen. 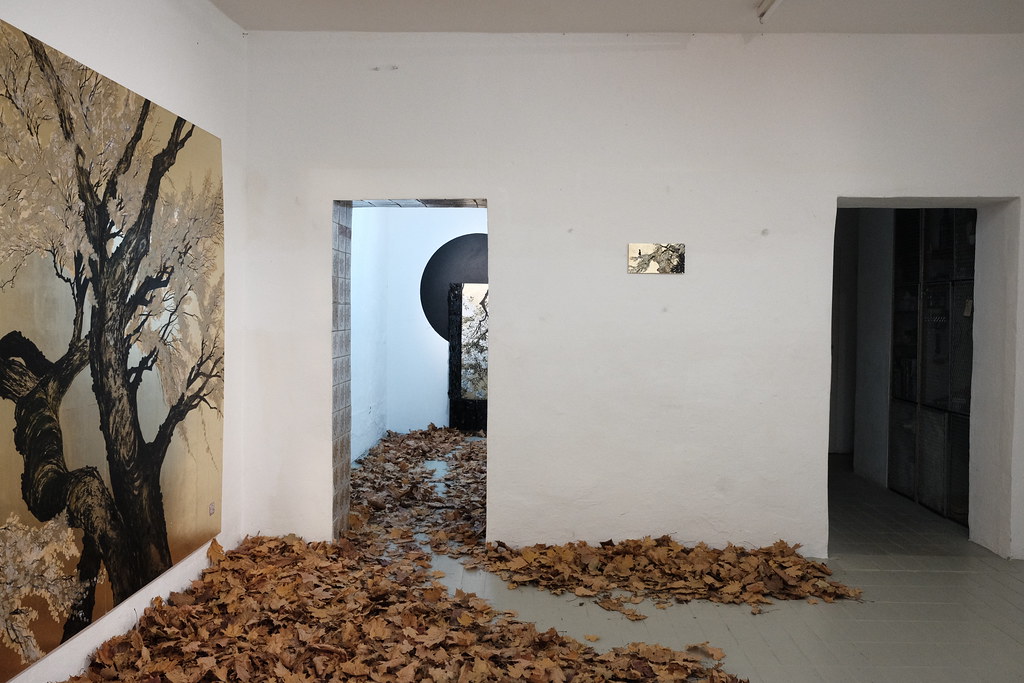 In playback mode, you can zoom into an image using two fingers („pinch“) or double-tap the screen to toggle between 100% and full views. Zoomed-in, you can drag the image around with your finger. Zoomed-out, you can also swipe left and right to browse through images. Again, it’s like using a smartphone.

It’s pretty obvious that Fujifilm is looking for a younger generation of premium customers here: users who know and like smartphones, who don’t need an EVF and who might even enjoy taking selfies. The X70 is a photographic notebook with superior image quality, small enough to travel anywhere, anytime. I assume the X70 will be particularly popular in Asia and Middle Eastern countries. 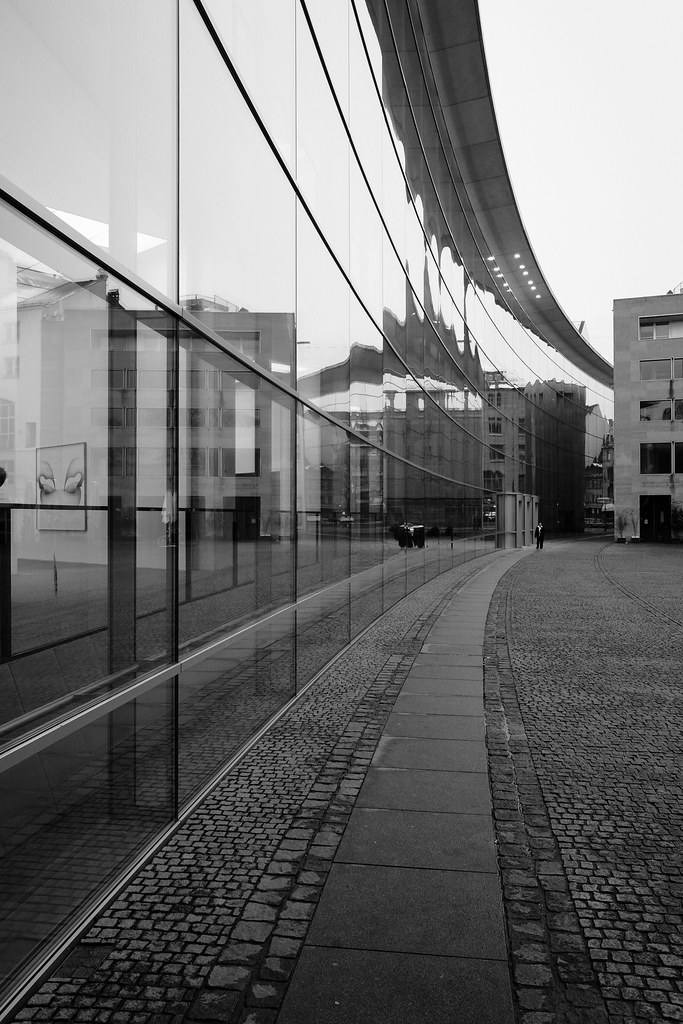 Of course, the camera supports Wifi with image transfer, geotagging, direct Instax printing and remote shooting via smartphones and tablets. Full-HD video is also available, featuring the same options (and quality) found in the X-T10 and X-T1.

Lacking a built-in ND filter, the electronic shutter offers an alternative with speeds as fast as 1/32000s at any aperture. This means that you can alway shoot wide open, even in very bright sunlight.

The X70 features the same AF system as the X-T10, X-T1v4, X-E2v4 and X-E2S. This means that there’s Single-point AF with one of 49 AF frames in 5 different sizes, Zone AF with zones consisting of 3×3, 3×5 or 5×5 frames within a 77 frame matrix, and Wide/Tracking AF with „3D tracking“ of moving objects when AF-C and burst mode are active. You can read my articles on Firmware 4 for the X-T1 and on the X-T10 for more information. You might also want to have a look at Fuji’s AF website and AF brochure here.

Since the usage profile of the X70 will often include shots of people, the camera’s face and eye detection mode should be particularly useful. I definitely used it quite a lot during my brief test. 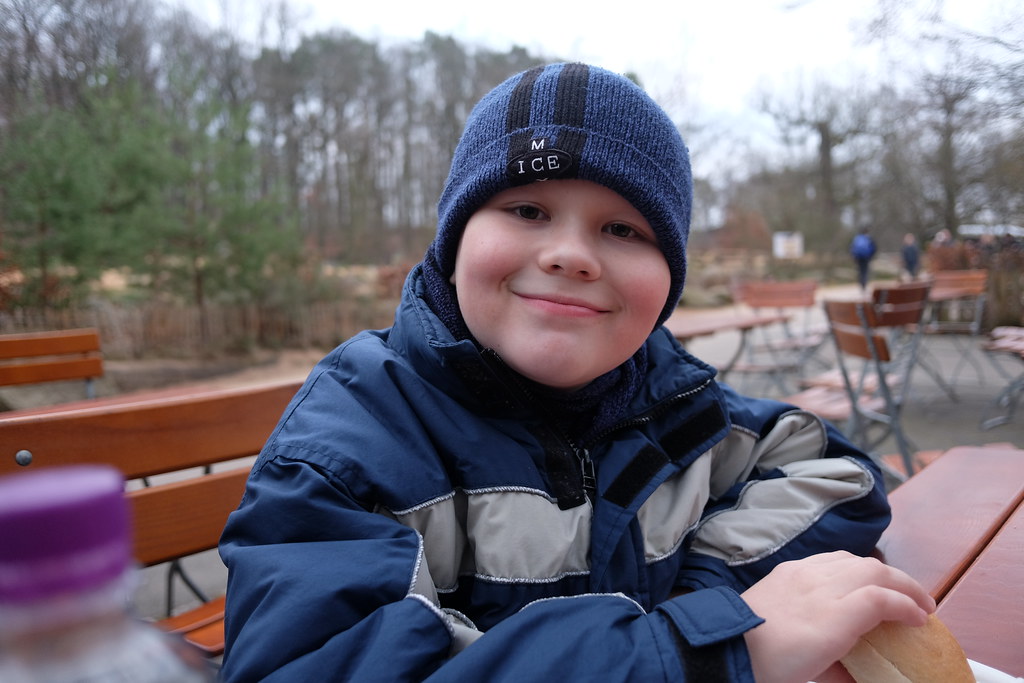 Sadly, there’s still no firmware update to bring the new AF system to the X100T. Hopefully, Fujifilm will provide this update soon.

The X70 is an interesting camera. With a delay of two years, it’s late to the party. On the other hand, it features the latest firmware technology and a convenient, state-of-the-art touchscreen interface. All this combined with Fuji’s proven retro style (aperture and focus rings and engraved dials). 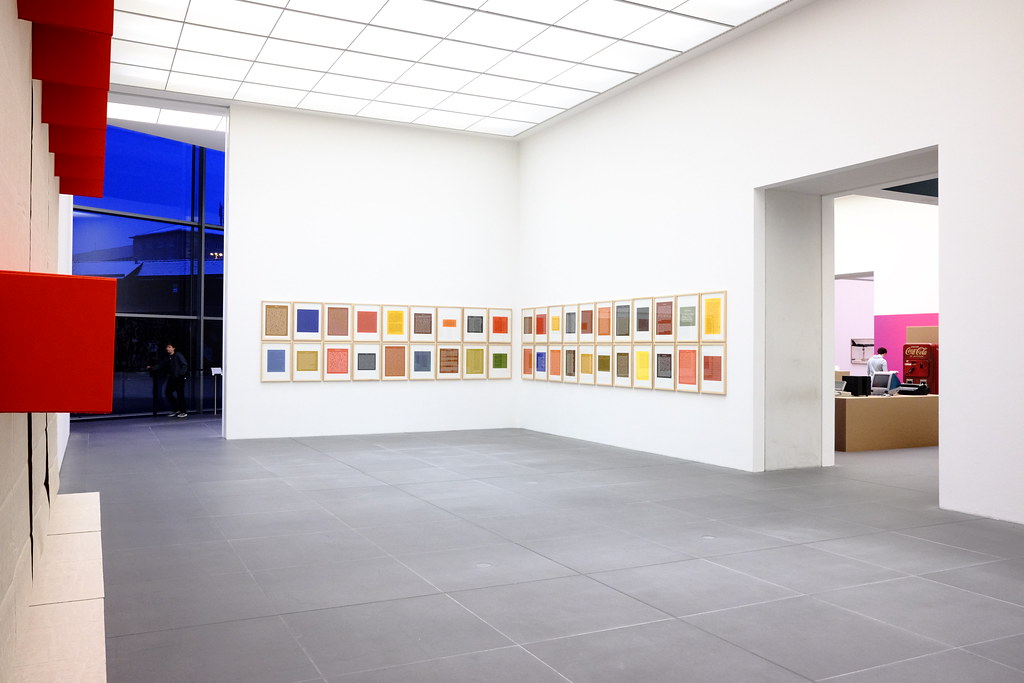 In a way, the X70 incorporates a clash of cultures: It’s a retro camera for the smartphone generation. The X70 is well-built and solid, and like most smartphones, it is made in China. It’s a premium camera for sure—a serious contender, not a flimsy fashion statement. Existing users of Fujifilm’s larger models might want to use it as a second or even third body. After all, it offers the same feature set and delivers the same performance and image quality as the popular X-T10 or the new X-E2S. 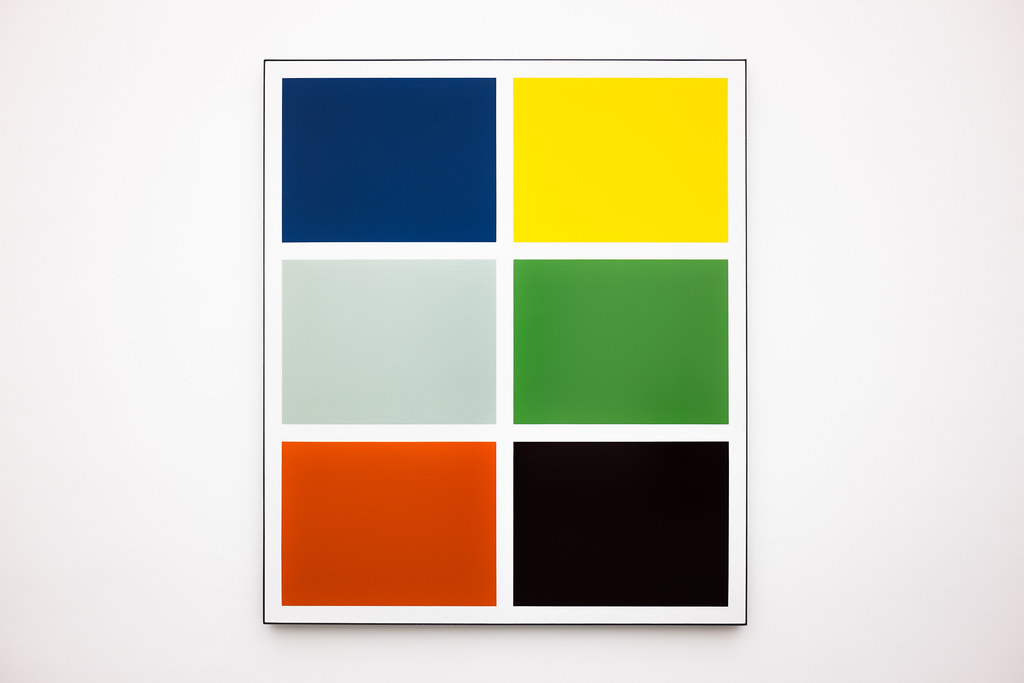 Click here for an album with X70 full-size sample images.